Find the painting of Picasso

The Artist route tells the story of Pablo Picasso, a world-famous painter from the South of Spain. Picasso discovered his talent for painting at a young age and started painting in a naturalistic manner through his childhood. He experimented with different styles, shapes and colours during the first decade of the 20thcentury. Picasso was motivated by another artist to explore a more radical style and this was the start of a very fruitful rivalry between the two artists.

Picasso met his best friend Carlos in Barcelona while attending the Belle school of fine arts. Together with Carlos, he moved to Paris to immerse himself in the artist culture and even though they lived in poverty, they had the best time. Carlos and Picasso moved back and forth between Barcelona and Paris but spend most of his time in Paris. In the city of love, Picasso was very popular with the women and had multiple mistresses. But he was only married two times.

The route of the Artist will lead you through the neighbourhood where Picasso used to live. You will pass by big highlights such as the Arc de Triompf and the Picasso Museum. Along the way, you will learn more about the life of Picasso and Carlos. Your objective is to find the hidden painting of Picasso and a trail of clues will help you do so.

You can play with one team, or divide the group into multiple teams and race against each other. The groupsize start from 4 people up to 10 people per team. We have a maximum of 3 teams on the Artist and you can combine the Artist with the Explorer which makes the maximum capacity 6 teams (60 people)

We have several options, play with;

The Artist route start from the meeting point next to the entrance of the Mercat del Born. There is a toilet inside the Mercat and you can get a botlle of water at the supermarket on the corner.

This is the exact address:

We are open all year round and available 7 days a week from 10:30 to 20:00. If you have a group that wants to start later or earlier, please contact us via email or phone.

As our Xpedition is a treasure hunt, we cannot spoil the exact route but we can tell you that in the Artist route we have some amazing highlights for you to visit. Some of the highlights are big and majestic, others are less well-known and hidden gems. At each location in the game, the guide will hand over the next challenge. Each challenge is designed to trigger your creativity and curiosity. 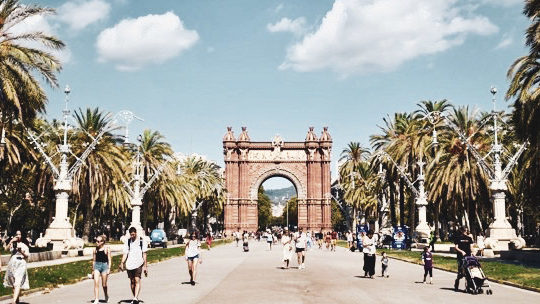 This majestic Arc was built as an entrance for the world Expedition held in the park behind it. The Arc is 30 meters high and you can only go up once a year with 48 hours open Barcelona. If you are in Barcelona during this event, it is worth the wait because the views are amazing! 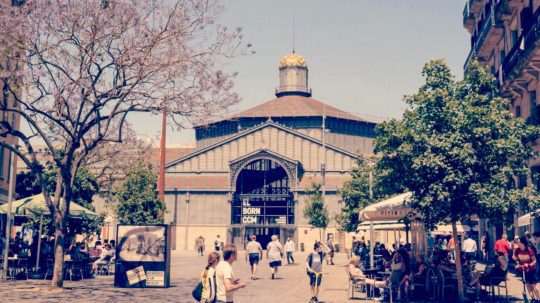 This market is a former public market and one of the most important buildings in Barcelona constructed with iron. Inside the market, you find archaeological ruins which were part of the la Ribera district that was demolished in the early eighteenth century. The entrance is free and it is nice and cool inside in summer. 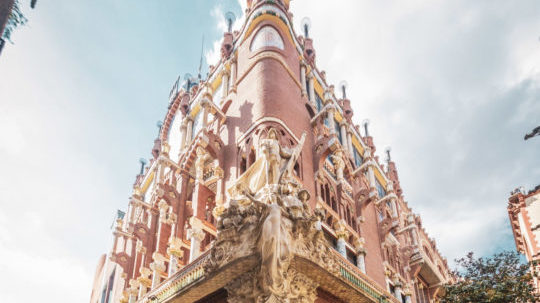 This amazing facade of Palau de la Musica is a real eyecatcher and stands out in the neighbourhood. Built between 1905 and 1908 to promote Catalan music and performance. If you think the outside is pretty, wait until you go inside! The concert hall is a masterpiece of its architect Lluís Domènech i Montaner. 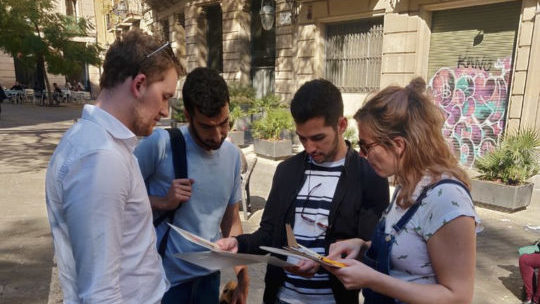 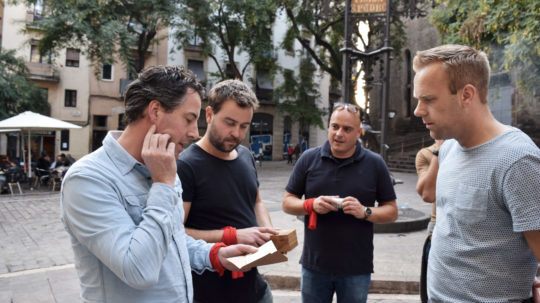 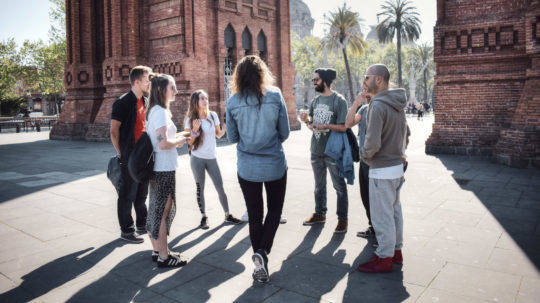 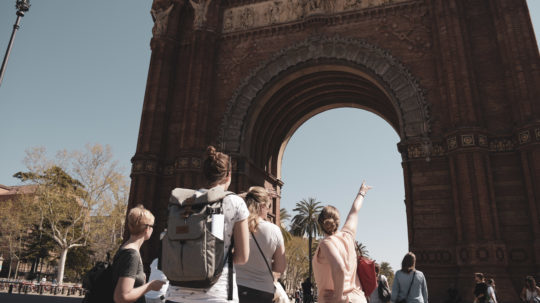 Send us your questions or suggestions and we will get right back to you. You can use the contact form or send us a direct email.